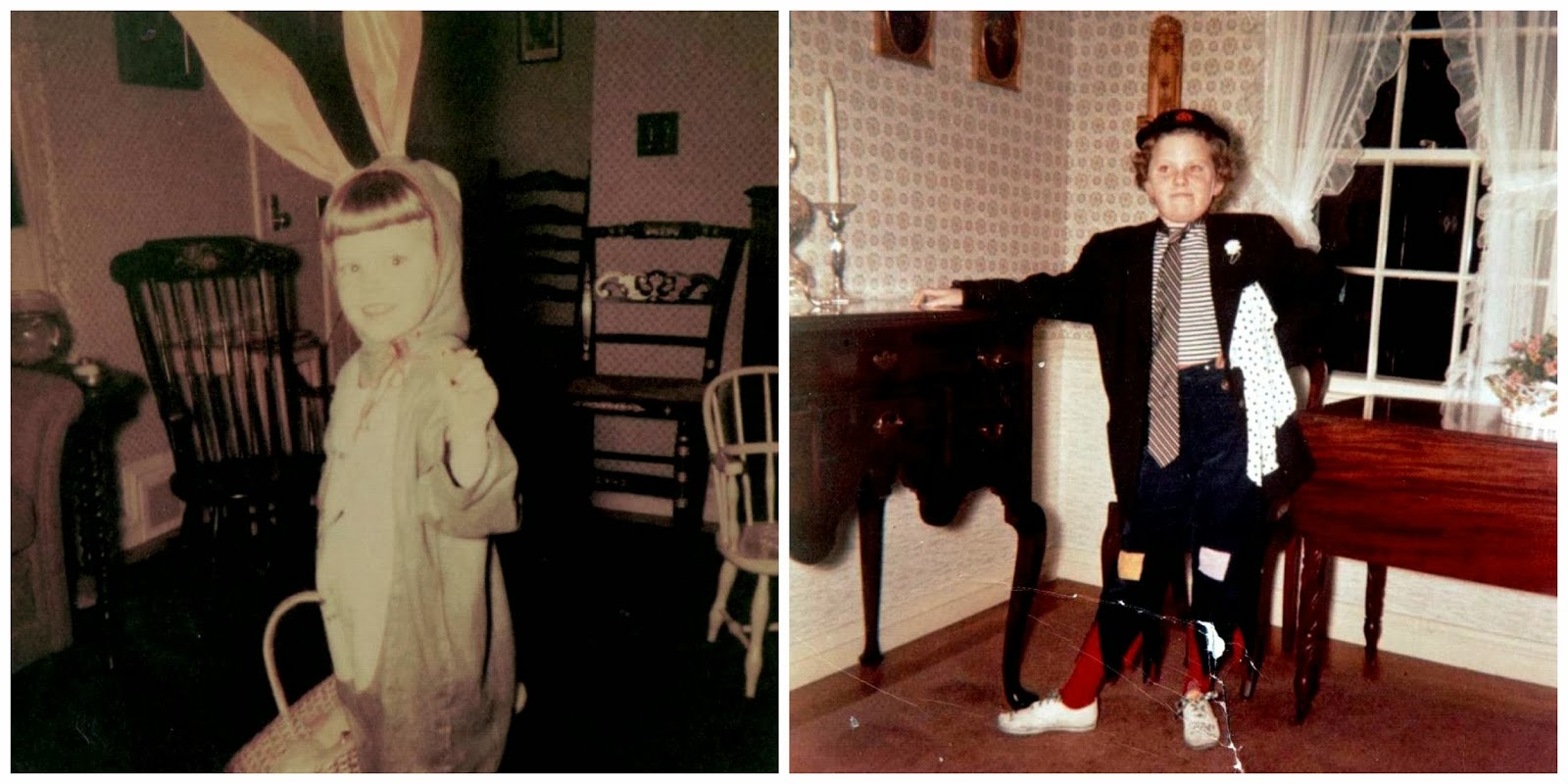 Think about it. As a neighborhood, Halloween was the only one that was associated with the streets of "The Plat." In addition to that, Halloween is a favorite family holiday for my parents, my daughter and now, my grandsons. It is a photo-op-fun holiday. I have a lot of photos to choose from but these are the four I love the most.

As my mother went to RISD, she could sew really well and she was creative to boot. She made the French maid costume for an adult party that she and my dad attended. It is one of my most looked at photos on the Web. It's also pretty darn controversial. I wore that costume to a Halloween party and I can tell you, I got a lot of attention. Yes, I got pinched. That's all you need to know.

My gregarious father, loved telling stories and writing poetry. When I grew up, I used to get Halloween cards from him with special poems inside. It was OUR holiday. Here's one that has survived.

In the early years of "The Plat", fathers took kids out for Trick or Treat to just the nearby neighbors. I had to sing a song to get a treat. Dad told me, many years later, that we couldn't go to too many houses because it was customary for the father to drink a shot at each house. Of course, as I got older, we roamed the safe neighborhood streets, guided by the street lights, in huge groups. My mom told me that kids still came to our house on Hilltop Drive every year.

When I got old enough to wear the "hobo" costume shown here, I was going to Halloween parties held at houses. That year, 7th or 8th grade, I went to the Girl Scout Leader's house in Oaklawn for a party. She had a haunted basement where you followed a rope walkway around and got slapped with wet strips of sheets blown by small fans and touched icky "eyeballs". The screaming of young teenage girls is quite an experience.

Halloween was fun in my neighborhood in Bridgewater, too, so my daughter loves this holiday. I pay for the costumes for my grandsons. Dad would approve. Tell me, what are the odds that I now live in a neighborhood where Halloween is celebrated with 80 trick or treaters? To top it off, I live next to a young family that has a yearly Halloween party. Places may change but good times remain the same.

Life in "The Plat" can live on. You can go home again. Just ring a doorbell in October and you are there.