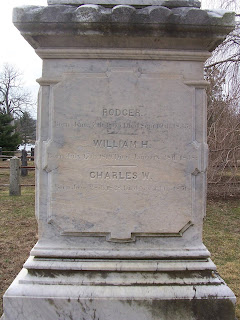 There was another child, Mary Elizabeth Brown, born 17 Mar 1826, who married 20 July 1859 to James E. Southworth. As she married and moved away, she is not buried here.

What's the location of the tombstone, where were they living?

This gravestone/monument is in Elm Grove Cemetery in Mystic, CT